I first became aware of Bree Darcy (aka Stephanie Pegler) when I heard her interviewed on the awesome podcast Your Creative Life. (Highly recommend all writer’s subscribe to this podcast). I was aware of Stephanie’s website Chicklit Club but not the lady behind it, and certainly not aware that despite having contacts in the publishing world, she chose to self publish. Intrigued? So was I. Let me introduce you to Bree Darcy.

Tell us a little about yourself:

I am a Perth-based journalist, who left my newspaper role to become a freelance writer/editor just before Don’t Mention the Rock Star was released (purely coincidental timing!) I am married with three kids, love music (especially Green Day) and have developed a stationery addiction.

What is your writing style, what do you like to write?

Having run a chick lit website (Chicklit Club) for nearly ten years, and reading pretty much only that genre, it would have been crazy for me to attempt anything else! I love how chick lit explores a woman’s journey through life’s challenges. There’s often romance but the story is always about more than just the relationship. I also enjoy books with humour, that keep the reader guessing, so I guess that’s the style I have tried to emulate. And I wanted to explore the theme of soulmates who never quite get it together – because I love reading those sorts of stories

Why did you self publish?

It took me two LONG years to write Don’t Mention the Rock Star and when I finished it (painstaking edit after painstaking edit), I finally did a full word count. And freaked out when I realised it was about 150,000 words – a heck of a lot longer than the usual chick lit novel. I knew that would be a big stumbling block for any publisher, and they would definitely want to slash and burn. Anyhow I went ahead and submitted my manuscript to three publishers but by the end of the first week, with a friend telling me I was nuts not to self-publish and a cover already prepared, I decided I’d do it my way! Digital publishing is such an accessible process for writers – in fact, I believe I would never have finished my novel in the first place if the choice was either waiting for a publisher to pick it up or it being stuffed in a drawer never to see the light of day again.

What are the best and worst parts of self publishing?

As someone who likes to be in control, I relished being the person in charge of deciding exactly how my book would appear, from choosing the cover to fixing its sale price. I also don’t have the patience to sit around waiting for people to figure out if they like my book enough to publish it. I finally heard back from one publisher about a year after Don’t Mention the Rock Star had been released!

The worst part is you will never get the same recognition for a self-published work – most people are more reluctant to read indies and you are often not considered a ‘real’ writer. But since I personally prefer traditionally published books myself, I can’t blame people for having that attitude. There are positives and negatives on both sides – I know enough authors to understand that having a publisher isn’t all smooth sailing either.

What are you currently working on?

I have three books in the works – not a situation I’d recommend, by the way. I’ve got two in-progress novels but I’ve halted work on those to pen a non-fiction book about book blogging to coincide with Chicklit Club’s 10th anniversary next year. 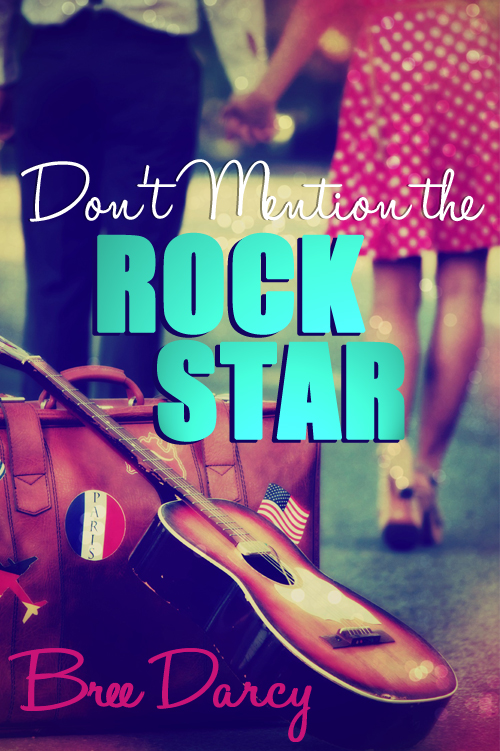 What advice have you got for people who may be thinking of self publishing?

Realise that finishing your book – while that deserves a huge round of applause – means you are only halfway there. You still have a lot of work ahead of you. Read up about the self-publishing process so you know both the technical side – how to format things properly, the rules of uploading to certain retailers etc – as well as the marketing side. While you are in pre- and early publication mode, do something every day to get your book in front of people. Be careful about how much cash you throw around, especially chasing promotional spots – I was lucky in that all my expenditures were covered before the pre-order stage wrapped up but I know of some authors who spend so much chasing that elusive top Amazon ranking that it takes several books and many years for them to turn a profit.

For ages I was mainly reading ebooks – being in Australia it is much easier to download the latest books without having to wait for them to be posted out. Swiping a page became such second nature, I’d even try to do it while turning the page of a paperback! But recently I’ve got a big stack of paperbacks to get through and I’ve realised I really do prefer holding an actual book in my hand.

If you held a dinner party, which literary characters would you invite and why?

Bridget Jones, as long as she didn’t bring along her blue string soup.

Both their Mr Darcys, to see if they are really that fanciful in real life.

And Kellie and Andy from my book, to talk music, celebrity gossip and see how they are getting along now.